Features
p.14 introducing the Smalltalk-80 System
[author Adele Goldberg]
A readers' guide to the Smalltalk articles in this issue.
p.36 The Smalltalk-80 System
[author the Xerox Learning Research Group]
How message-sending objects are used in the Smalltalk-80 system.
p.50 Build a Z8-Based Control Computer with BASIC, Part 2
[author Steve Ciarcia]
Steve continues his description of the Z8-BASIC Microcomputer and suggests two applications.
p.74 Object-Oriented Software Systems
[author David Robson]
Object-oriented software systems provide the underlying design of Smalltalk.
p.90 The Smalltalk Environment
[author Larry Tesler]
Programming and debugging in Smalltalk are always interactive activities.
p.147 User-Oriented Descriptions of Smalltalk Systems
[author Trygve M H Reenskaug]
A Smalltalk application program will limit the user's access to the language.
p.168 The Smalltalk Graphics Kernel
[author Daniel H H Ingalls]
The Graphics Kernel provides the interface through which all text and graphics are displayed.
p.200 The Japanese Computer invasion
[author Stan Miastkowski]
Like it or not, the Japanese small computers are on their way.
p.230 Building Data Structures In the Smalltalk-80 System
[author James C Althoff Jr]
Many kinds of data structures can be added easily to the Smalltalk-80 system.
p.286 Design Principles Behind Smalltalk
[author Daniel H H ingalls]
The design principles of a language strongly affect its power and usability.
p.300 The Smalltalk-80 Virtual Machine
[author Glenn Krasner]
The use of a Smalltalk-80 Virtual Machine allows the system to be transported easily among different 16-bit microprocessors.
322 Building Control Structures in the Smalltalk-80 System [author L Peter Deutsch]
Design of complicated control structures is easy in the Smallralk-80 language
p.348 Is the Smalltalk-80 System for Children?
[author Adele Goldberg and Joan Ross]
Although Smalltalk-80 is not meant to be used by children, application programs can be written that will allow them to be creative and, at the same time, learn about programming.
p.369 ToolBox: A Smalitalk Illustration System
[author William Bowman and Bob Flegal]
The versatile Smalltalk-80 language can create an environment for graphics design that can be used by non technically oriented people.
p.378 Virtual Memory for an Object-Oriented Language
[author Ted Kaehler]
Virtual memory techniques must be used when the active memory space needed by a language is much larger than the amount of available memory.
Reviews
p.398 Microsoft Editor/Assembler Plus
[author Keith Carlson]
p.401 BOSS: A Debugging Utility for the TRS-80 Model I
[author Scott Mitchell]

Reviewer: Amoza Kuda - favoritefavoritefavoritefavoritefavorite - November 11, 2022
Subject: I had this one, and a bunch of others that I've since thrown.
Reading Byte now also kind of fills me with regret, because I always ignored it on the news stand and made my mom and aunt buy me Run, Compute!'s Gazette, and Ahoy! instead. Yeah, sure, I learned 8502 assembly, Pascal, BASIC, but it kept me really ignorant about what what going on in the greater world (I was a child, after all).

For example, this magazine in 1981 was publicly -- not in a lab -- describing object oriented programming and graphics concepts that would have astounded me then. Reading Byte more regularly certainly would have led my life on a different path, I think, because to me, computers were just a toy that I was really, really good at.https://simthanhdat.net

I was only two years old when the Moon became a footprint. But I can point to this and say: This is It. I was There. 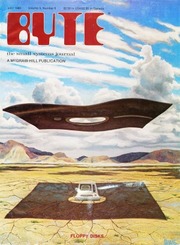 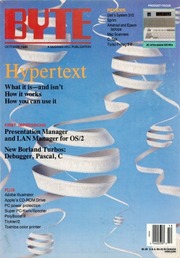